A Promised Land is the first of former President Barack Obama’s two presidential volumes. This highly anticipated novel has been, so far, named one of the 10 best books of the year, by The New York Times Book Review, and a Washington Post Notable Book. But, other than the high praise it has received so far, it’s also managed to sell 887,000 copies on the first day of publication, breaking records for publishing powerhouse, Penguin Random House. 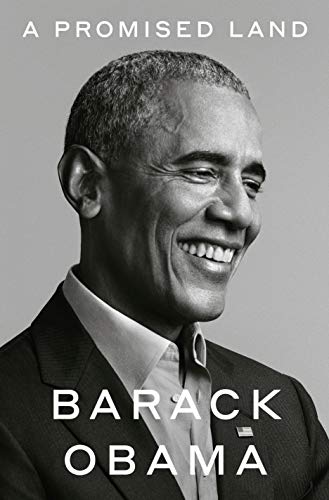 This memoir was making ripples through the industry even before it was done being written. Back in 2017, Penguin Random House acquired the rights, not only for Barack Obama’s memoir, but also for former First Lady Michelle Obama’s book. The joint advance for the Obamas’ books was no less than $65 million, more than any other presidential memoirs, and more than just any other book ever. Bill and Hillary Clinton, for comparison, got a joint deal of $35 million from Penguin Random House, which published My Life by Bill Clinton, and from Simon & Schuster, which published Hard Choices by Hillary Clinton.

Despite this huge advance, the amount was quickly earned out with Michell Obama’s book, Becoming. This book, which has sold over ten million copies and booked a multiple-city book tour with crowds as large as 18,000 people, has become one of the best-selling memoirs in history and was considered by many an instant classic. 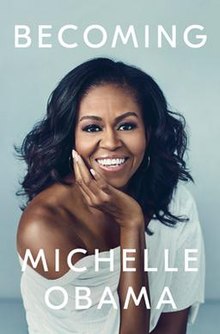 The publisher, booksellers, and other retail stores were confident that A Promised Land was going to be an equal—if not bigger—success, despite the risky timing with the presidential election happening just a few weeks ago and the ongoing Covid-19 pandemic. As of midday Wednesday, A Promised Land was No. 1 on Amazon.com and Barnes & Noble.com. James Daunt, CEO of Barnes & Noble, said that the superstore chain easily sold more than 50,000 copies its first day and hoped to reach half a million within ten days.

The demand for it was so big that Penguin Random House had to be extremely strategic about printing, shipping, and even how many copies retailers were able to purchase. Instead of making big shipments to bookstores, PRH planned out a delivery schedule to be able to fulfill all orders and also help out bookstores that don’t have enough storage for this 700-page book. To ensure that the book is well distributed among retailers, and to avoid over-printing and returns for copies of the book that potentially wouldn’t sell, PRH also set a limit to how many copies retailers could buy on the first run. Barnes & Noble, for example, wanted to order a million copies of the book, but only 500,000 were sold to them.

A Promised Land has only been out for a week, but it has already—and will surely continue to—make history.