Need some writing inspiration? Whether you’re writing original fiction or fanfiction, advice from famous authors is always much appreciated. Here are 10 awesome quotes about writing that will give you plenty of motivation for your next project. Why ‘Avatar: The Last Airbender’ Is More Than a Kids’ Show

Avatar: The Last Airbender was released on Nickelodeon several years ago as a kids’ cartoon, but as fans of the series will attest, it is more than simply a kids’ show. The themes within the series are complex and ring true even while re-watching the series as an adult. 9 Quotes From ‘The Name of the Wind’

It has been fourteen years since The Name of the Wind by Patrick Rothfuss was published. This beloved fantasy novel took fifteen years for Rothfuss to write, and all the hard work put into creating this masterpiece is evident from the following incredible quotes featured in the book. These quotes demonstrate that Rothfuss is truly gifted at weaving words together in a thoughtful, compelling way. Rupert Grint, best known for his role as Ron Weasley in the Harry Potter films, discusses many intriguing topics in a recent interview conducted by esquire.com. In this interview, the beloved actor conveys his thoughts on fatherhood, his experience starring in the Harry Potter movies, and J. K. Rowling’s statements regarding the trans community. It has been six years since ‘Insurgent’ by Veronica Roth was adapted into a film. So here are some powerful quotes from the movie adaptation of ‘Insurgent’ that will bring you back to the days when dystopian stories were all the rage! 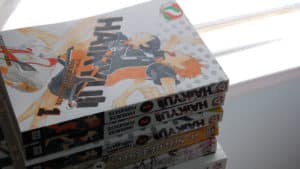