HBO’s Game of Thrones may have ended, but there are still two more books in the Song of Ice and Fire series. Author George R. R Martin wrote on his live journal, Not a Blog, after the finale aired that, “THE WINDS OF WINTER is very late, I know, I know, but it will be done. I won’t say when, I’ve tried that before, only to burn you all and jinx myself… but I will finish it, and then will come A DREAM OF SPRING”.

So we have no official release date, but the very next day George R R Martin wrote saw the video below…

….and wrote up a response that interestingly said, “…if I don’t have THE WINDS OF WINTER in hand when I arrive in New Zealand for Worldcon, you have here my formal written permission to imprison me in a small cabin on White Island, overlooking that lake of sulfuric acid, until I’m done.”

Now Worldcon is in the summer of 2020, so might we have an idea of when George is going to release the book?

It’s an exciting thought considering that A Dance with Dragons left us with Jon Snow  stabbed, Denearys not yet even coming close to Westeros, Tyrion still trying to meet with Denearys, Arya with the Faceless Men, Sansa sold off to some guy named Harrold Harding, Ramsay Bolton  still running a muck, and Bran beginning to amass magical powers.

Personally, I wouldn’t get my hopes up, as George R R Martin is notoriously late with his projects and notoriously optimistic about when his books will be released. 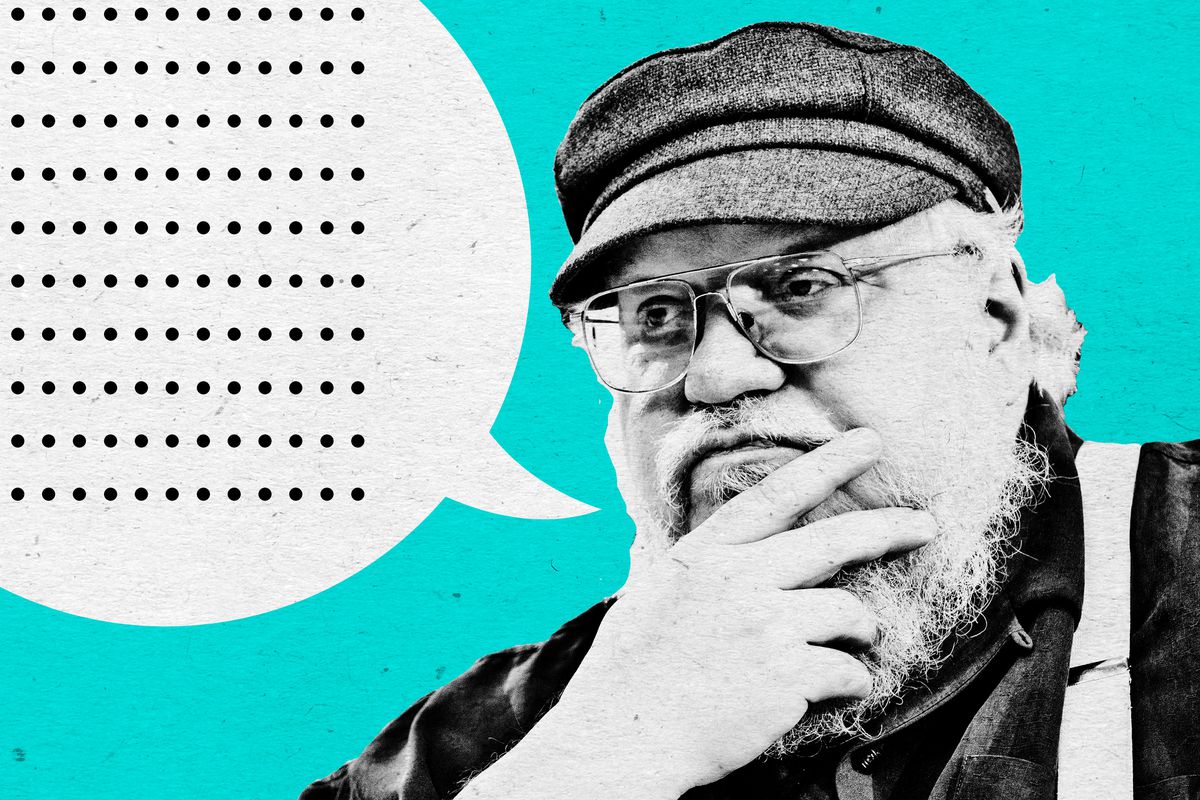 Image Via The RInger

For context, Insider wrote how Storm of Swords, the series’ third book “was the first to be published slightly late. It was several months behind schedule when it was released in 2000. The first two books averaged 1,100 pages, but the third was immense at 1,521 pages.”

George then decided that the next book would require a five year jump, which worked for many characters but not all of them. As a result, he scaled back and ended up with too much story, which thus had A Feast for Crows focusing on half the cast and A Dance with Dragons focusing on the other half.

Winds of Winter is supposed to join up the cast and continue the plot forwards, but he’s been both optimistic and terrible with meeting deadlines. Notably, he told Entertainment Weekly in April 2015 he wanted to get Winds of Winter out by Spring of 2016 to coincide with the sixth season of Game of Thrones.

The book still isn’t out, so I wouldn’t take this news that the book might come out in 2020 as anything but a grain of salt. He’s probably just joking, since he wrote on his live journal that “…deadlines just stress me out.”

Why would he give himself another arbitrary deadline?