Ron Howard has found his next project. Deadline reported that the director of Solo: A Star Wars Story will direct an adaptation of J.D. Vance’s popular memoir Hillbilly Elegy. 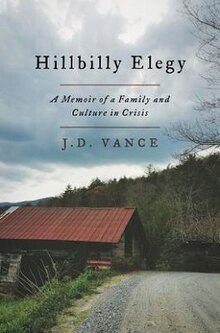 Vance writes about growing up in Middle America and the struggles his working-class family endured such as drug addiction and economic strain. The book received polarized reviews from different sides of the political spectrum but became a New York Times bestseller and was regarded as a key book in explaining the outcome of the 2016 election.

Netflix will finance the film, with plans to have a limited theatrical release along with streaming. Vanessa Taylor, co-writer for The Shape of Water, will write the script. Howard will produce the film with his Imagine Entertainment co-founder Brian Grazer.

Though it has not been finalized, shooting is planned for this year. No cast news or release date has been set.