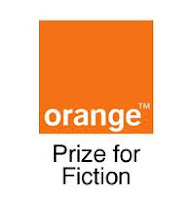 Thanks to everybody who entered our voting for the reader’s choice for The 2012 Orange Prize. Special thanks to all of you who posted reviews and comments on the book profile pages of all the longlisted and shortlisted titles. Here at TheReadingRoom.com we also had a hard time deciding on just one winner for The Orange Prize this year – the list of the candidates was fantastic.
We just finished adding up all the votes and here is how the members of TheReadingRoom.com voted:
Half Blood Blues received 26% of all votes; second was State of Wonder with 24% of votes; there was a tie between The Song of Achilles and Painter of Silence: each received 18% of votes; The Forgotten Waltz received 9% of votes; and The Foreign Bodies ended up with 5% of votes.
The book that won the hearts of our readers, Half Blood Blues came from a young Canadian writer, Esi Edugyan, who was nominated for  The Booker Prize for the very same novel. It is a truly unforgettable story of one band, “Hot Time Swingers – a part Afro-German, part Jewish, part African American ensemble that were once among Berlin’s multicultural avant garde” in the 1930’s and what happened to them once the war came to Berlin…
The official award winner of The 2012 OrangePrize is a debut novelist Madeline Miller for her book The Song of Achilles. She will receive £30,000 prize money for her stunning retelling of “a gripping and touching love story between the exiled princeling Patroclus and Achilles, strong, beautiful and the son of a goddess”, a novel that took her 10 years to complete.
We are certain that any of the six shortlisted books will enchant you, and this opinion was confirmed by this year’s Orange Prize jury who said:  “To be candid, if this had been a weaker year any one of them could have won,” Trollope said. “It was an extremely strong shortlist and I hope the breadth and the adventurousness of the settings and the subject matter puts to bed for ever the idea that women only write about domestic things. They are all to be commended.”