For the first time ever the creative voices of book lovers will be listened to by the film company eOne as they produce adaptations for two popular Wattpad stories.

For once big-shot producers are looking to the fans to piece together adaptations for the popular Wattpad stories The Numbered, by M J Gary, and Kairos, by Leigh Heasley.

For those of you who may not be aware of what Wattpad is, in short, it’s a free media platform and phone app for writers to share their stories with thousands of others. A number of writers have built successful careers through Wattpad, such as best-selling author Anna Todd, who wrote the romance, drama After, that shook the internet back in 2014.

Now famous Wattpad authors are receiving deals from book publishers and for adaptations of their stories, that’s now becoming a new normal. But what makes the case special for The Numbered and Kairos is how the filming studio is bringing the fans into the script production.

According to Variety magazine, Toronto-based production and media company, eOne, “wants to take the scripts for [The Numbered and Kairos TV adaptations] to superfans of the original Wattpad stories to get their opinion on what works — and what doesn’t — at various stages in the development cycle”. The company’s plan is to “assemble groups of about two dozen fans each of The Numbered and Kairos to help shape the storylines”.

‘This is different and experimental,’…While such early audience focus-group testing often happens for kids’ TV shows, ‘in adult television we don’t do that.’ Part of the reason is that producers don’t want plot details — which are subject to change — to become public in the development phase. 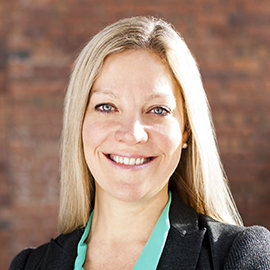 This is pretty exciting news to hear, especially in light of so many years of us fans, across the genres, having to have the “book was better than the film or show” debate and the “Hollywood is only looking to make money” rant.

Granted there have been many film adaptations in the recent years that were actually produced with care, without the fans help, here’s hoping that this experiment proves that we know what we are ranting about.