Jack O’ Connell, of Godless fame, will star in the BBC’s adaptation of The North Water, Ian McGuire’s realist narrative dealing with the hunt and harvest of whales—which happens in north water (hence the title). The story takes place in the 1850s right before waling stopped being so acceptable. In 2016 , the novel made waves; it was longlisted for the Man Booker Prize, shortlisted for the Los Angeles Times Book Prize, the Chicago Tribune listed it as one of the best books of the year and so did the New York Times. McGuire likes realism and his novel is dark, cold and impartial. People loved it. Hollywood obviously came calling.

Details about the pending series continue to emerge: Jack O’ Connell is set to star as protagonist Patrick Summer, a disgraced army doctor/surgeon who becomes the whale ship’s doctor. This character’s desire to obtain redemption is made difficult by the story’s antagonist, Henry Drax. Colin Farrell is set to embody that murderous menace. Henry Dax is genuinely f’d up.  The series will consist of three hour-long episodes and a ninety-minute finale.

As mentioned in an article on Deadline’s website, Piers Wenger, Controller of BBC Drama, had this to say of O’Connell’s addition to the cast:

“Jack is one of the most fearless and instinctive actors of his generation and is the perfect choice to bring The North Water’s troubles and ambiguous hero to life.” 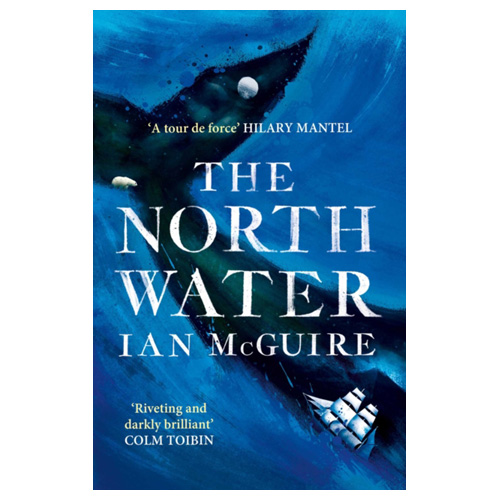 The novel’s synopsis is as follows (via Goodreads):

1859. A man joins a whaling ship bound for the Arctic Circle. Having left the British Army with his reputation in tatters, Patrick Sumner has little option but to accept the position of ship’s surgeon on this ill-fated voyage. But when, deep into the journey, a cabin boy is discovered brutally killed, Sumner finds himself forced to act. Soon he will face an evil even greater than he had encountered at the siege of Delhi, in the shape of Henry Drax: harpooner, murderer, monster . . .