From debating who would get ‘Thanos Snapped’ to assumptions about Thanos himself, we were so far off with our theories for Avengers: Infinity War. Ironically, we haven’t seemed to learn just how wrong our theories are, and so they keep on coming.

No? Then please, watch the film before reading! | Image via Buzzfeed

Last year, comic book fans and fans of the Marvel Cinematic Universe (MCU for short)—both the hardcore and the passive—joined forces in experiencing one of the most soul-crushing moments in fandom history: the devastating simultaneous deaths of Avengers: Infinity War.

Leading up to the premiere of the film, fans theorized about who would get snapped… and who would be snapping Thanos.

The biggest theory was that we’d lose the lovable Steve Rogers (Captain America), which left many of his fans bracing for the impact. Others feared that Tony Stark (Iron Man) could be the next to go; considering how frequently Tony has come close to sacrificing himself, that was and could still be a huge possibility. 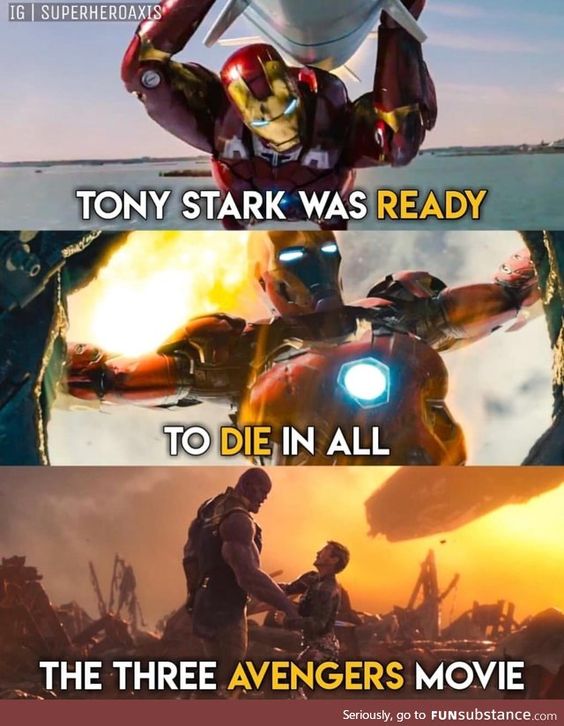 That being said, we all had our theories on which Avenger we’d have to say goodbye to.

Who the heck knew the Russo brothers would go all Game Of Thrones on us!?

Typically, with big Hollywood action films, the plot works out in favor of the heroes no matter how dire the odds may be. With Avengers: Infinity War, only Thanos got his happy ending. 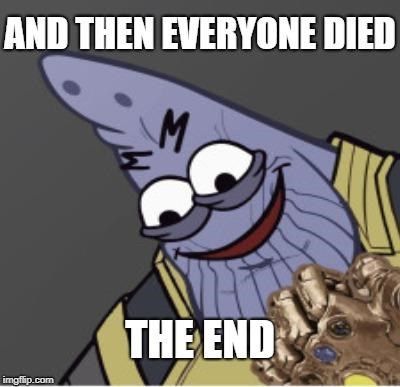 Granted, this does follow the plot of the original comic books—but for those of us who never read the comics, it was quite the shock. So many of the characters we had grown to love one by one were taken away from us! Even the characters we were only just introduced to, GONE. 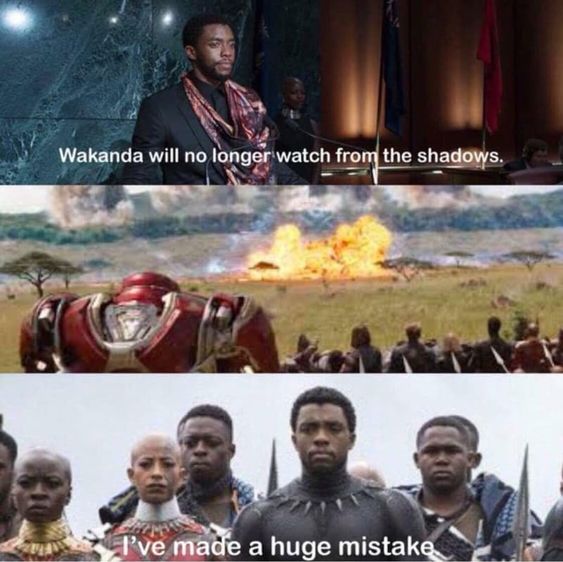 The only thing that can ~snap~ us out of this devastating loss is the delightful thought of unlikely characters teaming up to tackle the threat. Seeing the motley crew of Iron Man, Dr. Strange, Spider Man, and The Guardians of the Galaxy was especially hilarious!

Up until this happened… 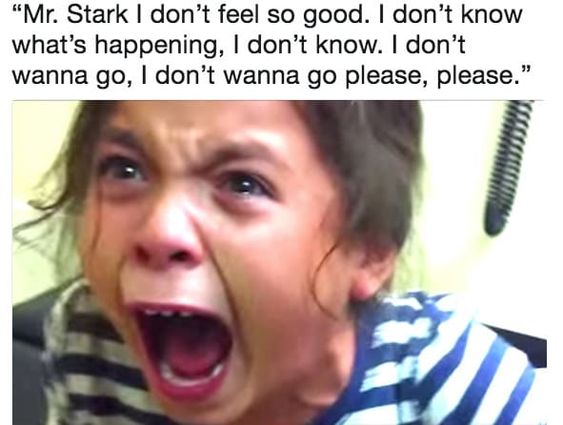 And don’t even get me started on Steve losing Bucky Barnes, again, after everything Steve did to bring Bucky back! 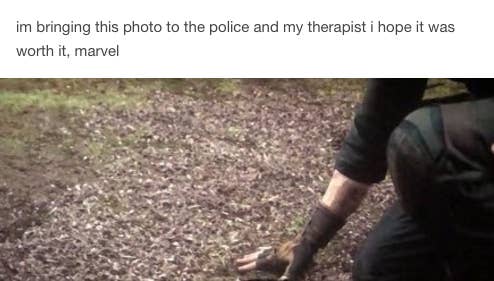 Not to mention The Hulk’s complete uselessness in the film! 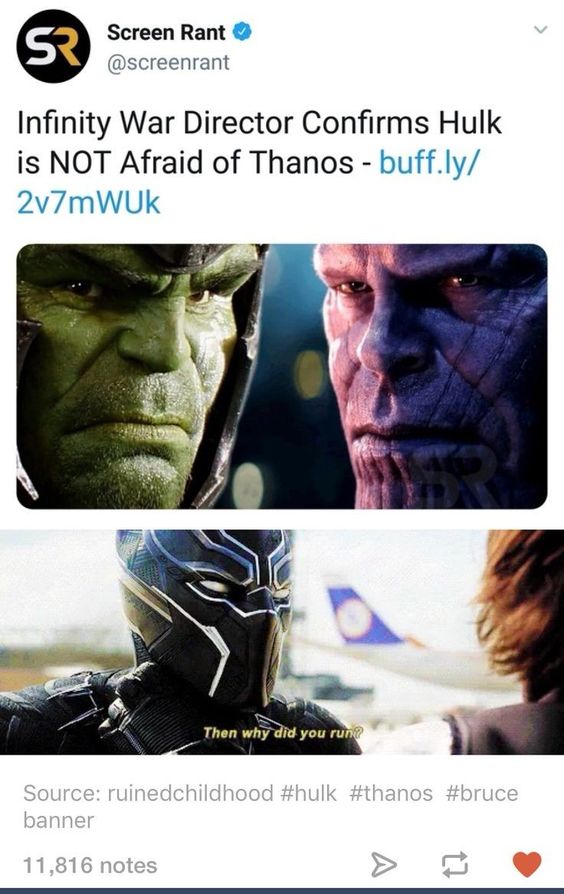 Hopefully The Hulk seeks counseling to help bring him back to the angry tank he once was.

All in all, pretty much everything we thought could never happen wound up happening.

As rough as it was to sit through the depressing ending, the reviews are incredibly high for Avengers: Infinity War, and not too many fans are so up in arms about our heroes’ loss.

Then again, the adapted film is still fairly true to the comic books as Thanos did succeed in acquiring all the infinity stones and wiping out half the population, so it makes sense that the typically critical fanbase was not up in arms about the Russo brother’s adaptation.

That being said, the film is straying away from the original Avengers: Infinity War plot. Thanos’ personality and motives for example are starkly different between the comic and film, which was also something we did not expect.

Originally, in the comics, Thanos’ sole reason for gaining the power of the Infinity Stones and wiping out half the population of the universe is to impress the literal personification of Death, Mistress Death. The abridged version of how that came to be is this: Thanos went mad with his violent, murderous nature; met with Mistress Death and fell for her; tortured and killed various people to impress her; and then, after she lost interest in him, sought out the infinity stones to execute a galactic genocide, which is when he snaps away half the population of people in the universe. 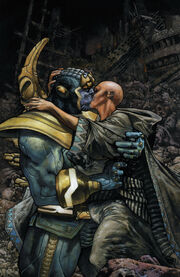 Even without reading the comics, viewers can still clearly see that the MCU portrayed Thanos’ character as ‘the bad guy,’ at least when we first meet him. After watching the film, we see a man with a noble mission but an inarguably heinous execution.

When all was said and done, I have to be honest, I don’t know how I feel about Thanos. On one hand, yes, he killed off more than a trillion of innocent living beings, and that’s most likely just a minimum estimate, including our beloved Marvel characters, but Thanos’ final scene in Avengers: Infinity War almost makes me respect the guy. Emphasis on almost.

That smile in the end is one thing that I’m sure no one expected. The emotions actor Josh Brolin gives to the Marvel villain gives a surprisingly human dimension to the character Thanos, drastically different from the version in the comics and very different from typical villains overall.

I have to say, the lack of an evil laugh at the end of the film is also quite refreshing.

Yeah, I’ll take Thanos’ smile over this any day. | Image via Gyfcat.

On top of having an alternate version Thanos, the characters involved (and their ultimate fates) are also distinct from the comics. With a lack of the X-Men and Fantastic Four superheroes in the MCU, this could either mean an introduction in Endgame or just a continuation of the current Avengers’ characters battling it off with Thanos.

Either way, from this point onward, I think it may be safe to say that plot in the film could be even more drastically different in the upcoming film Avengers: Endgame. Which means we have no clue what to expect!

In spite of being so caught off guard with Infinity War‘s ending, fans are continuing to share their theories on what will happen next—especially whether or not the beloved characters we lost are coming back. Many fans are saying that the Avengers we lost will be revived; others say this could be the perfect moment for other mainstream Marvel characters to be brought into the MCU.

We shall see what happens next when Avengers: Endgame premieres April 26th… and we’ll see who else will feel the crushing defeat of their theories being proven dead-wrong.

And preferably, we won’t have to deal with this reaction again… 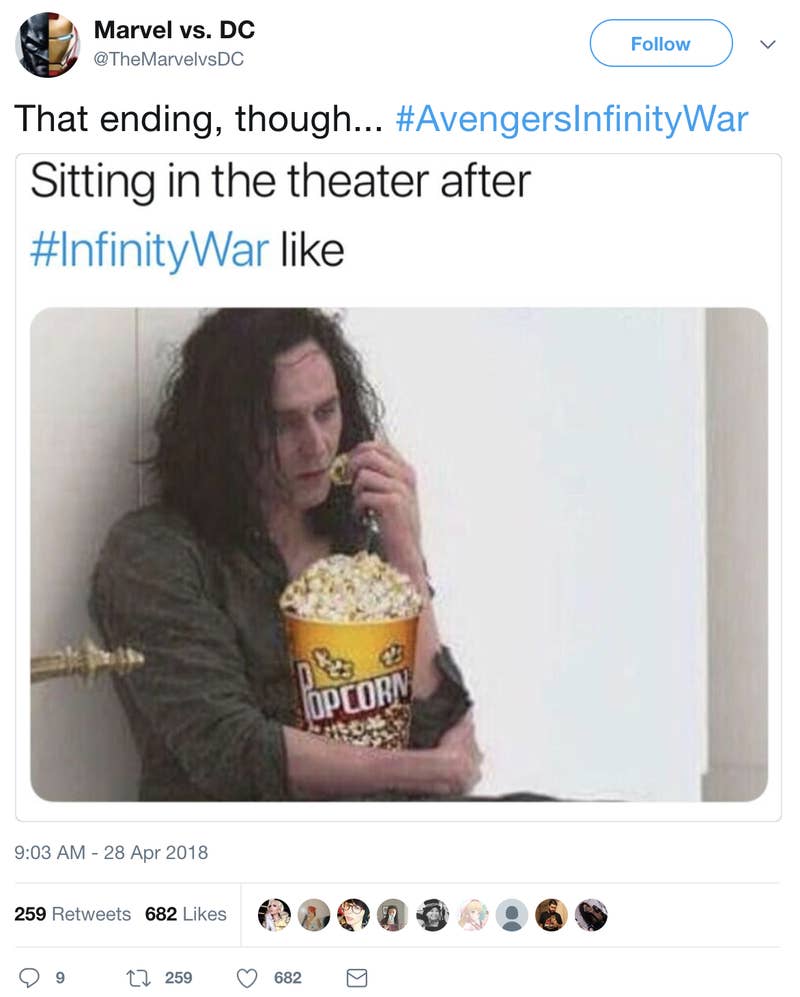