An 800 word Harry Potter prequel was recently stolen from an apartment in Birmingham, England. The small manuscript was sold for charity in 2008 for £25,000, which is equal to about $32,100. According to the BBC, “the prequel was among several works donated by authors… to an auction held in 2008 to raise funds for English PEN, which promotes understanding through literature, and Dyslexia Action.”

The story, set before Harry Potter’s birth, was hand-written by J.K. Rowling on two sides of a large postcard. It focuses on Harry’s father James and his godfather Sirius Black – the friends are having a quarrel with police officers before they escape on broomsticks. 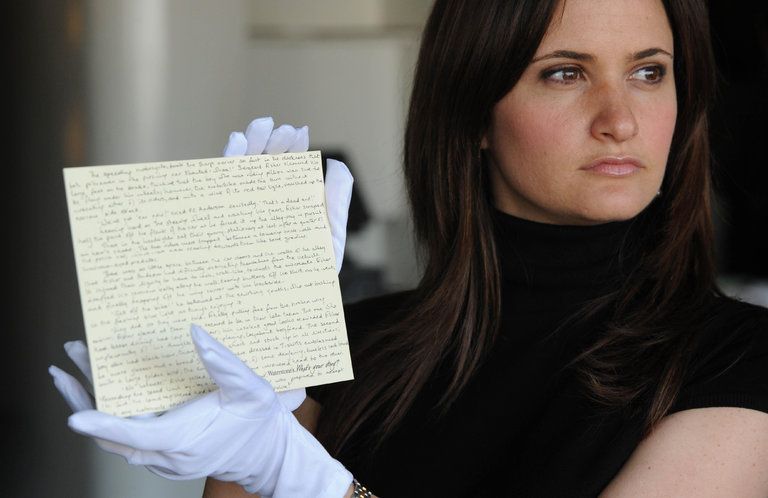 The value of the manuscript has only grown. Since the series is over, readers are yearning to hear more about Potter and the wizarding world. Rowling’s fan base is vast and passionate, but the author tweeted last night to make sure no fans buy the story:

PLEASE DON’T BUY THIS IF YOU’RE OFFERED IT. Originally auctioned for @englishpen, the owner supported writers’ freedoms by bidding for it. https://t.co/ljEQyyj9yY

The burglary victim told expressed their sadness, not only for losing this work but also because if it is “sold legitimately it had the potential to raise more money for good causes.” They also told the BBC: “If I can get it back, I’m over the moon, because I’m only going to be doing good stuff with it… If it’s destroyed, or if it’s lost, it’s a great loss.”

If you see an offer for the postcard, please contact the West Midlands Police.