Today is the birthday of Hans Cristian Andersen, the famous Danish writer who is best remembered for his fairytales. Happy birthday, Andersen! If Andersen were alive, he would be turning 215 years old! Through the years, he has remained known as a prolific writer of plays, novels, poems, and more. Andersen was born in Odense, Denmark and was an only child. His father considered himself related to nobility, but these speculations have since been questioned. His father was the one who introduced him to literature, but he died during Andersen’s childhood. He was left with his mother, an illiterate washerwoman, and her new husband. Andersen went on to receive a rudimentary education but soon moved into a working apprenticeship to support himself. He moved to Copenhagen where he became an actor until his voice’s pitch lowered, and he was no longer wanted. When a fellow actor told him he considered him a poet, Andersen took it seriously and began to pursue writing. 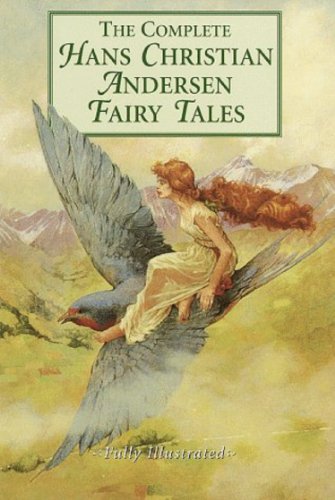 Soon, Andersen was beginning his journey in writing that would grant him long-lasting success. This success, of course, wasn’t immediate. His first stories were met with some recognition, but it wasn’t until 1833 that he received a grant to travel across Europe. Yet, even then, the quality of his fairytales was not recognized. His first attempts were re-tellings of tales that he had heard as a child. His original works were first released in 1835, but they were met with poor sales. He persisted throughout the next ten years and experienced a breakthrough in 1845 when his work, “The Little Mermaid,” was translated. Andersen’s work after this was eagerly received. He would continue to publish fairytales until his death.

Hans Christian Andersen is one of the reasons our literary world is able to be filled with such wonder. Without his persistence throughout his career, many of our childhood tales would evaporate; true magic, more real than that of any fairytale, would have never been able to shine its light on readers for centuries.