Over 60 years ago, Margaret Atwood, one of Canada’s leading living authors, was walking home from school when she wrote a poem in her head.

The seventeen-year-old penned the words down the minute she reached home, and in that metamorphic moment, decided that writing was all she ever wanted to do.

Continuing to live up to her oath, Atwood has, and continues to, grace the literary world with more than 50 riveting works of literature including novels, short fiction, children’s books, poetry, non-fiction, theatre, and television and radio scripts.

The most striking among the many literary genres adopted by Atwood, however, has proven to be speculative Dystopian fiction. Her landmark dystopian novel, The Handmaid’s Tale, has been turned into a greatly acknowledged TV series, and its sequel, The Testaments, was published in 2019, and was awarded the 2019 Booker Prize along with Bernardine Evaristo’s Girl, Woman, Other. The Handmaid’s Tale entails an imminent dystopian vision dealing with the aftermath of climate change, in which women are deprived of their rights, are merely breeding machines for men, and are in a continuous survival struggle.

“Climate change will directly and adversely affect women,” the author, who believes her novel foreshadows a possible future, has told The Guardian.

Despite the novel’s having all elements of a patriarchy-smashing book, its author eschews from labeling it a feminist book, as the term is too broad to signify a singular connotation.

In labeling herself as a feminist, the author has expressed that she never says she’s an “ist” of any kind unless she knows “how the other person is defining it,” adding that she believes “women are full human beings and that laws should reflect that.”

However, for Atwood, “men and women are not equal if equal means exactly the same.”

She believes that “our many puzzlements come from trying to figure out what the differences really mean, or should mean, or should not mean,” and that the last she looked, “people were still trying.”

“It definitely has a relation with the standard of living and available food supply,” Atwood believes. “When times are better and women have jobs, their status goes up.”

The environmentalist author also presumes that “more extreme weather events such as droughts and floods, rising sea levels that will destroy arable land, and disruption of marine life will all result in less food, which will mean that women and children get less, as the remaining food supplies will be unevenly distributed, even more than they are.”

In several of her novels, Atwood expresses explicit concern with the impact humans have on the environment. Her prophetic prose weaves such compelling ideas matching the possible reverberation of current world events that a protester at a recent Women’s March on Washington was seen holding a slogan which read “MAKE MARGARET ATWOOD FICTION AGAIN.”

Atwood was the first author nominated by the Future Library Project in Norway to place a confidential manuscript in a time capsule that will be opened in 2114, almost a century from now.

Atwood has also invented the LongPen, a device that allows writers to sign books from anywhere in the world via a remote-controlled pen that replicates their hand movements. (Margaret, is there anything you can’t do?)

In the same vein, Atwood has described her own take on the genesis of a poem as “a cluster of words.”

“The only good metaphor I can think of is a scientific one: dipping a thread into a supersaturated solution to induce crystal formation,” she told The Paris Review. Ah, her words do drip magic!

Atwood’s interest in the scientific and empirical world does not come as a surprise, though, considering the genetic background of her family.

In November 1939, two months following the start of the Second World War, Atwood was born to an entomologist father and a nutritionist mother. Her father, Carl Edmund Atwood, partook in the war economy not by fighting, but by offering his expertise on forestry by managing a forest-insect research station in North Quebec.

Along with his wife, Margaret Dorothy Killam, Carl fueled his three kids with a comprehensive love for nature. Atwood’s unconventional upbringing was orchestrated in the northern Canadian wilderness, having only her older brother Harold Leslie and younger sister Ruth to play with, distant from technological leisurely devices.

As Atwood has written in one of her books, “At the age of six months, I was carried into the woods in a packsack, and this landscape became my hometown.”

This reality formed the basis of the award-winning author’s proclivity for reading books and stimulating her imaginative skills, and of having a sharp environmental calling.

At the age of nine, she read George Orwell’s Animal Farm, thinking it was just a simple children’s bedtime story. But boy oh boy has that read oozed into her very core!

Atwood, despite having begun attending full time school at the age of eight, completed her university studies at the University of Toronto, and continued to earn a master’s degree in English Literature from Radcliffe College, Cambridge, Massachusetts.

Within her literary métier, Atwood’s eclectic works encompass a diversity of themes. The most highlighted, however, remain to be gender and identity, religion and myth, climate change, and power politics. 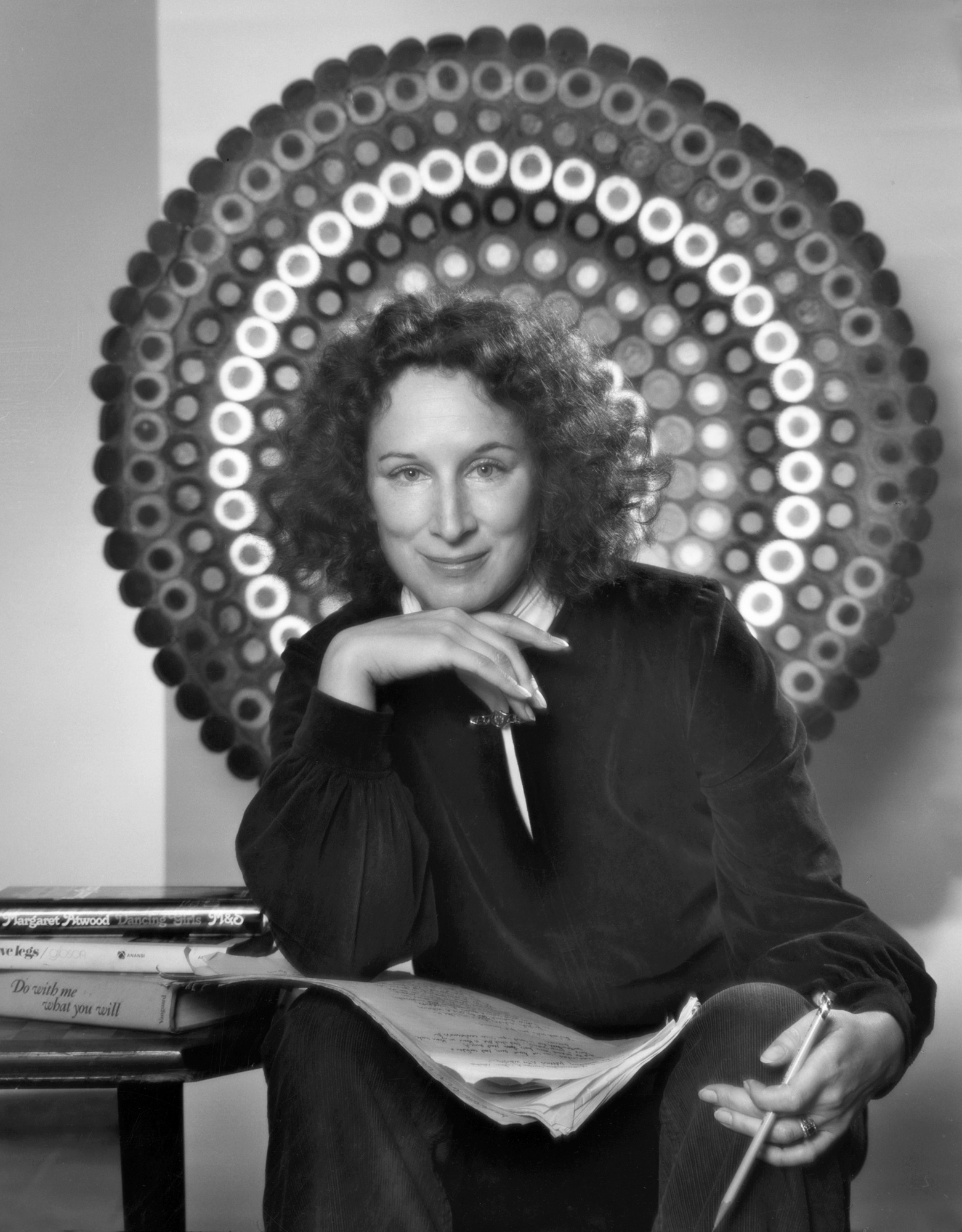 The acclaimed author’s assiduity does not only limit itself within the context of writing. She has had a long-standing history with ornithology and nature conservation, and she shared the passion of bird watching with her late partner, the Canadian writer Graeme Gibson.

On what writing is, Atwood believes that it “probably has to do with darkness, and a desire or perhaps a compulsion to enter it, and, with luck, to illuminate it, and to bring something back out to the light.”

Her belief does not contradict her actuality, for that is precisely what her works do- they inspect and reveal aspects of human nature coupled with the ripple effect of their actions in a manner that stimulates exquisite change in the minds of her readers and fans alike.

A myriad of awards and honors, including the Man Booker Prize, Arthur C. Clarke Award, Franz Kafka Prize, and Governor General’s Award, continue to be bequeathed to Atwood, whose minute exploration of all the components of a fine literary work make her one of the most innovative authors of this century.

Atwood herself is the founder of the Griffin Poetry Prize and Writers’ Trust of Canada.

To the wonder of a human being she is, happy birthday to Margaret Atwood! From all of us at Bookstr, thank you for existing, Peggy!

FYI: That was not an incident of misnaming. Peggy is actually Margaret Atwood’s nickname!

featured image via the paris review