Horrified and uncomfortable. No you haven’t been coughing up slugs alongside Ron Weasley; those have been the feelings of some Harry Potter fans for the past couple of days. J.K. Rowling chose to alienate a great percentage of her fanbase with her tweets on June 6th. People who looked to the story of the ‘boy who lived’ to feel seen, feel accepted, or as a way to escape were now feeling attacked by the same person who created the world of Hogwarts. With debate and controversy all around, Harry Potter himself, Daniel Radcliffe, showed an example of how to properly use your voice and platform. 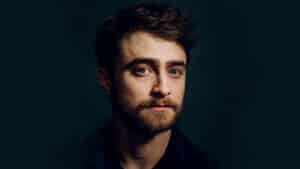 Despite the fact that Radcliffe has no social media, he still had to stand up for the Trans community (we’re pretty sure he’s the real life Harry Potter). In his essay posted by The Trevor Project (you should definitely read the entire essay) he says:

Transgender women are women. Any statement to the contrary erases the identity and dignity of transgender people and goes against all advice given by professional health care associations who have far more expertise on this subject matter than either Jo or I. According to The Trevor Project, 78% of transgender and nonbinary youth reported being the subject of discrimination due to their gender identity. It’s clear that we need to do more to support transgender and nonbinary people, not invalidate their identities, and not cause further harm.

He concludes the essay to help comfort Harry Potter fans who are also minorities that have felt disregarded and insulted by Rowling’s tweets. Daniel says:

To all the people who now feel that their experience of the books has been tarnished or diminished, I am deeply sorry for the pain these comments have caused you. I really hope that you don’t entirely lose what was valuable in these stories to you. If these books taught you that love is the strongest force in the universe, capable of overcoming anything; if they taught you that strength is found in diversity, and that dogmatic ideas of pureness lead to the oppression of vulnerable groups; if you believe that a particular character is trans, nonbinary, or gender fluid, or that they are gay or bisexual; if you found anything in these stories that resonated with you and helped you at any time in your life — then that is between you and the book that you read, and it is sacred. And in my opinion nobody can touch that. It means to you what it means to you and I hope that these comments will not taint that too much.

Radcliffe reassuring fans who felt let down by Rowling to not let go of the stories that placed magic and hope in our lives is everything the fanbase needs right now. For years fans who were in the LGBTQ+ or POC felt unseen in a world that included mountain trolls, dementors, and unicorns and that is problematic. However, the legacy and stories of Harry Potter lives on in us; we own the memories that changed our lives and they’ll be in our hearts eternally. We can take that from Rowling. In the meantime let’s learn how to be better allies, utilize our platforms to aid communities who need it, and be more compassionate like our friend Daniel.