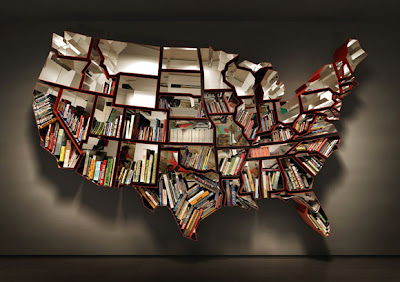 Ever wonder what George Washington’s favorite book was way back in 1732 when his presidency began? Or what book President Obama currently has perched on his nightstand to read before he goes to sleep?
Did you know that Thomas Jefferson, during his presidency, had the largest personal collection of books in the country? In fact, when the Library of Congress burned down in 1814, he offered to sell his entire collection to create a new Library of Congress. Cicero, the Roman philosopher, was among his most treasured writers. As for our very first president, George Washington, he enjoyed playwrights like Richard Sheridan, in particular School for Scandal.
What about Abraham Lincoln? He found comfort in the Bible and joy in Shakespeare’s lyrical wit. He was a man enlightened by poetry, as was Teddy Roosevelt who especially enjoyed Edwin Arlington Robinson. Both Teddy and his brother Franklin loved Alfred Thayer Mahan’s Influence of Sea Power Upon History.
JFK was said to have indulged in both psychological and social novels like Stendhal’s The Red and the Black. He apparently also liked to read action-packed adventure books like Ian Fleming’s From Russia with Love, unlike Richard Nixon who regularly referred to himself as a “Tolstoyan.”
Having a reputation for being a voracious reader, Bill Clinton’s favorites reportedly include Invisible Man by Ralph Ellison, One Hundred Years of Solitude by Gabriel Garcia Marquez, and King Leopold’s Ghost by Adam Hochschild. He is also rumored to be a fan of thrillers and crime fiction, reading authors such as Michael Connelly, Walter Mosley, Lee Child, Sue Grafton, and Janet Evanovich. 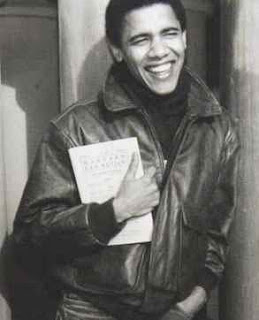 In his early years growing up in Indonesia, Obama reportedly read books about the American civil rights movement, later finding inspiration in Taylor Branch’s Parting the Waters ­– a biography of Martin Luther King Jr. Among Obama’s favorites are classics like Melville’s Moby Dick, Hemingway’s For Whom The Bell Tolls (apparently one of John McCain’s favorites as well), Emerson’s Self-Reliance, and Shakespeare. More contemporary favorites include Ralph Ellison’s Invisible Man, Dorris Lessing’s The Golden Notebook, Marilynne Robinson’s Gilead, and Toni Morrison’s Song of Solomon.
Obama claims a lifelong love of books and shares this with his daughters, reading books together like Life of Pi and Harry Potter before bedtime. Of course sharing your reading experiences is one of the great joys books have to offer, and one of the ways we develop great empathy with people whose lives are different from our own.
What books have you read that have shaped your identity or the way you see others?
Happy Presidents Day!