Actress and rapper Awkwafina has recently found a boom in her career thanks to a string of successful films. After starring in comedies like Crazy Rich Asians and Ocean’s 8, she recently garnered critical acclaim in the family drama The Farewell and is set to voice Scuttle in the live-action adaptation of The Little Mermaid. Her next project, a fantasy film, has just been announced. 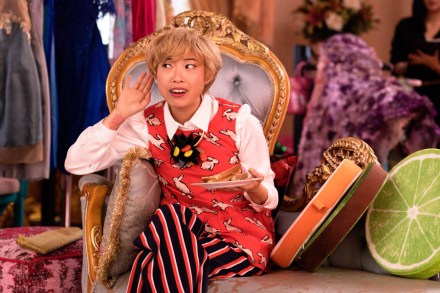 First reported by The Hollywood Reporter, Awkwafina will star and produce The Last Adventure of Constance Verity for Legendary Pictures. The actress will play the title character, an adventurer who has been given the mark of “chosen one” her whole life. As she saves the world from countless disasters, she longs for a normal life and begins work on completing her “last” adventure.

The Last Adventure of Constance Verity was written by A. Lee Martinez and published in 2017. A sequel was later released in 2018.

There is no word yet on other casting news or filming dates, but the script has already been written.