With the change of season and the weather becoming colder, the birds, and many hopeful vacationers, are migrating South for warmer weather.

How boring! Let’s shake things up and go North, and what perfect timing for the announcement of a new Airbnb experience in Wigtown, Scotland: running a bookstore for a whole week! The place is called ‘The Open Book’ and the idea came from Los Angeles writer and filmmaker Jessica Fox. 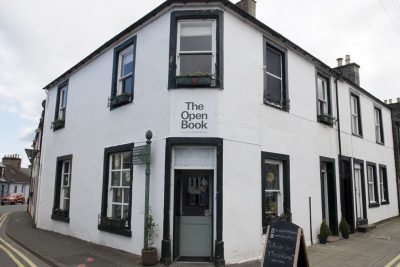 Here is The Open Book’s front entrance |  Image via Airbnb

“It started like most ideas do”, Fox says, “— late one evening at the local pub.” She goes on to explain:

I had been celebrating over half a decade of living in Wigtown, Scotland’s National Book Town, after following a vision of working in a bookshop by the sea in Scotland, ultimately falling in love with the bookshop owner, and staying. I was discussing with a dear friend, Finn McCreath, that I couldn’t be the only crazy American who dreamed of having a small bookshop in an idyllic town on the Scottish coast. We came up with the idea of the first ever bookshop holiday… I knew of a woman in town who wanted to sell her bookshop, and thanks to Rosemary and David Bythell who believed in the idea, bought the building and converted the upstairs into a charming guest house for the bookshop owner(s) to stay.”

And boy was Jessica right! Dozens upon dozens of people have flocked to ‘The Open Book’ from all across the world, bringing window displays, decorations, and novel ideas to add their own flare toward running the store.

That could be you in that picture! So if you’ve ever dreamed of running your own charming little bookstore, here’s your chance! ‘The Open Book’ is a very quaint place to stay. Just take a look! 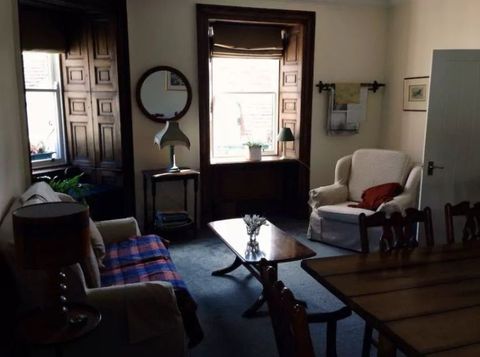 It’s a little dark of a photo, but this a very cozy living room! | Image via Airbnb.

The Open Book also comes with its own kitchen. Very quaint! | Image via Airbnb.

As a bonus, the bed and breakfast bookstore is located in the serene town of Wigtown. There you’ll be embraced by a beautiful array of calming landscapes, rugged coastlines, and stirring forests and woodlands.

On top of that, Wigtown is also a historic vacation spot as it was settled in over 1000 years ago and currently still has buildings dating from previous centuries.

It was also designated as Scotland’s National Book Town back in the late 90s, and has dozens of second-hand bookshops and various book-related events, including their annual Book Festival.

That all definitely sounds like a book-lovers dream vacation to me! If you’re not ready to pack your bags just yet, but what to hear more about what it’s like to run a second-hand bookstore, check out Jessica Fox’s new memoir, Three Things You Need To Know About Rockets.

Check out more details on booking your stay at The Open Book through Airbnb.